Sensory Solutions is a full-service market research agency which was established in 1996 and is still going strong. Supporting our research team, we have our own in-house recruitment, fieldwork and data processing departments.

We now offer a wide range of services and methodologies that cover both quantitative and qualitative approaches:

Sensory Solutions can conduct studies in both Australia and New Zealand.

85% of Australians live within 50kms of the coast making Australia one of the world’s most urbanised coastal dwelling populations.

Over 200 different languages and dialects are spoken in Australia, including 45 indigenous languages. Australia has the world’s highest proportion of migrant settlers in a developed nation, with over 25% Australians born in another country, from over 200 countries.

Canberra was selected as the capital because Sydney and Melbourne could not stop arguing which city should be the capital of Australia.

Amazingly, during winter Australia has more snow cover than Switzerland and has the world’s longest continuously running ski club.

Australia claims to be the sports capital of the world has 70% of its total population participating at least once a week in a particular recreational activity or sport. Despite this Australia was the most obese country in the world as of 2014 with a 28 percent obesity rate.

Australians can be an ingenious bunch. Here are ä few of the best inventions to have come out of the nation:

Australia was also the third nation behind the U.S. and Russia to successfully launch a satellite into orbit. 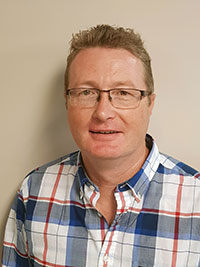