Interpreting human behaviour is a science, and an art. Knowing why people do what they do, what motivates, and doesn’t. Peeling back the layers to grasp the complex truth inside.

Our experts help brands reconnect with people through scientific rigour, human intuition and market knowledge. Drawing on scientific principles from social, behavioural and neuro sciences we blend a perfect combination to bring breakthrough insights for your brand to better connect with the people behind the data points.

We are Walnut Unlimited:  The human understanding agency.

The Most Popular Babynames in the UK in 2019 are Oliver for boys and Olivia for girls (source ONS). 98% of people take their tea with milk, but only 30% take sugar in tea. The average age of women at their first childbirth is 29 years old.

Many people consider the UK’s Domesday Book to be the first bit of market research in 1086. A Census of the population.

The UK is the 3rd biggest market for eCommerce (behind China and the USA) – 87% of the population made an online purchase in 2020 (Opinions and Lifestyle Survey) with Smartphones overtaking tablets for the first time according to eMarketer. 92% of adults recently used the internet (ONS 2020), with the rate among those aged 75 years and over nearly doubling since 2013 to 54%. Coronavirus drove a surge in usage – we Brits now spend on average over 4hrs a day online (Ofcom 2020), with 1 in 3 watching online video more than traditional TV.

Obesity is a growing concern in the UK, with a quarter of the population obese (Public Health England) – levels are highest in the North East; lowest in London. High Fat, Sugar and/or Salt foods and drinks remain the target with an pre-9pm advertising ban being introduced in April 2022. To be compliant manufacturers are likely to be reformulating products, while Tesco, the UK’s largest supermarket aim to increase the proportion of sales from healthier products to 65% by 2025. 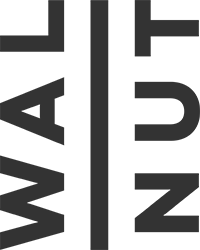